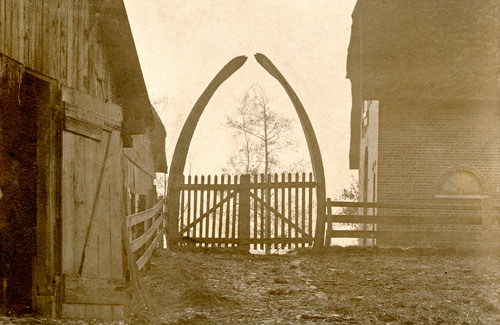 Abstract
During the main phase of commercial whaling between the 17th and early 20th century whaling ships carried not only blubber and baleen back home to their European harbours but also substantial quantities of whale bones. Many of them were subsequently utilised as material for various functions to be introduced here. Several such objects in the area of the city of Bremen, Northern Germany, are presented, which are now historical monuments of early industrialisation and the (over-)exploitation of whales. Reasons and motifs for their utilisation are discussed. One aim of this paper is to draw the attention to these monuments often situated in remote places and – hopefully – initiate actions to document, inventory and preserve the remaining objects in the future.