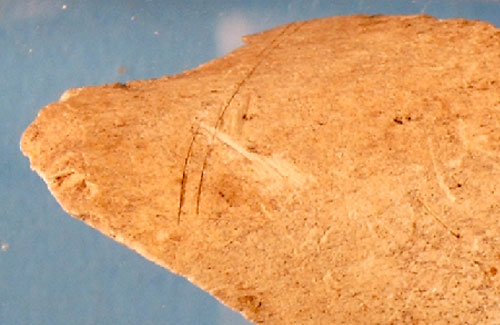 Abstract
Between 2003 and 2005 an archaeological excavation took place in the high to late medieval ironworks site of Genoeserbusch, near Peppange, Luxemburg. The site covers circa 2000 square meters and is one of the largest and richest medieval ironworks in Europe. The numerous ceramic finds place the site in a time period from the second half of the 13th to the beginning of the 14th century AD. The site is of particular interest because the technological development of iron production can be documented within a short time period of 50 years. A few animal bone fragments were recovered in 2005. Since bones were not preserved on this site otherwise, they were of particular interest despite their small number. Of the nine fragments six could be determined, all of which were cattle bones. Two bones showed cut marks.