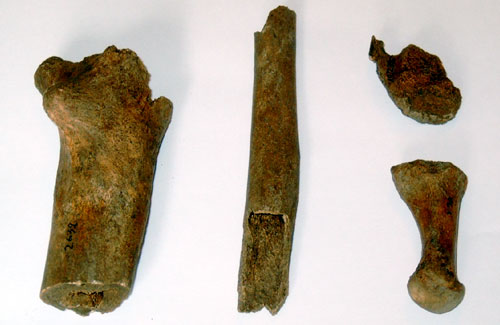 Abstract
Human remains, which have been putrefied to a state where only skeletons or single bones are preserved, are rare occurrences in the daily routine of forensic scientists and detectives. They comprise an area at the margin of forensic sciences. Nevertheless, there are regularly cases in which it is necessary and useful to withdraw as much information as possible from those bone finds, often assumed to be of low information content. The topic will be dealt with here from the perspective of archaeozoology and taphonomy, which is in many parts, but not completely, overlapping with forensic anthropology.