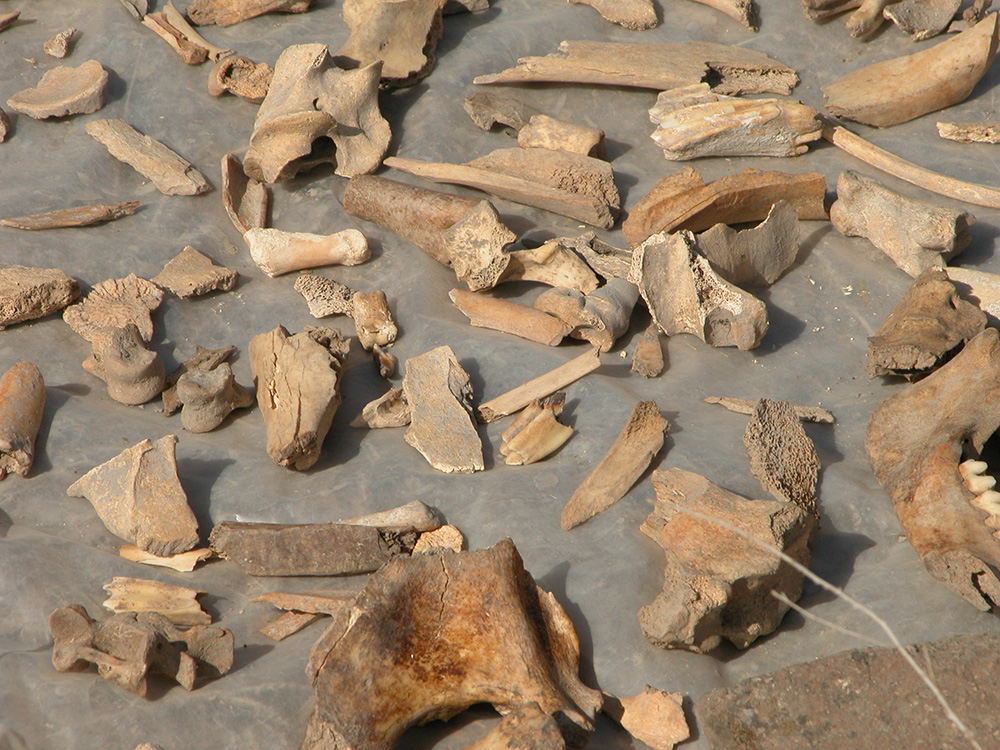 With arcaeological bone finds, modern skeletons, a slide show and an exhibition the scientific fields of archaeozoology and taphonomy shall be conveyed. Whereas archaeozoology is concernded with the relations of ancient humans to animals, taphonomy deals with traces visible on skeletons – forensic science in the past. It will be shown how different animal species can be identified by their skeletons, how a foot joint is functioning, how different ancient domestic animals are from their modern relatives, how diseases on bones look like and what this tells us about animal husbandry, why objects made of bone were common items in nearly every household until recently and why the remains of a wolf’s meal sometimes are interpreted as bone flutes. This is an event to ask and to touch. This presentation was part of the program of Bremen City of Science 2005. 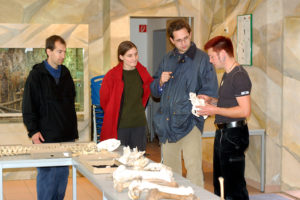