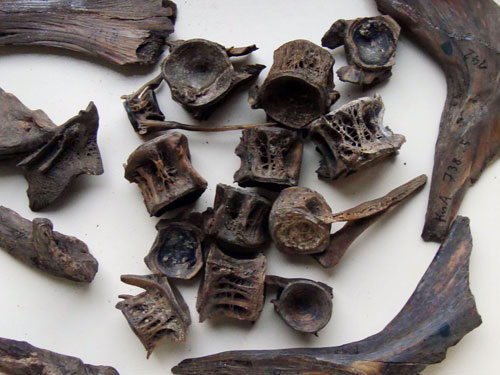 Abstract
This paper reviews the evidence for the Hanseatic fish trade in the North Atlantic from the perspective of the consumer sites: the Hanse cities in Germany. Stockfish, the most important good in the North Atlantic trade, are discussed from an archaeozoological perspective. The evidence from Hanse cities accumulated thus far is presented and evaluated. The amount of fish remains analysed from Hanse cities in Germany is still very low, which precludes in-depth research and wider conclusions. Nevertheless, overall patterns appear that are generally consistent with the assumptions of patterns for imported stockfish: high frequencies of Gadidae among the fish remains of coastal Hanse cities, overrepresentation of postcranial skeletal elements, prevailing remains of large size classes, and isotopic data supporting the hypothesis.